If your organization has multiple teams sharing a Sauce Labs account, it's important to monitor your concurrency limits--the number of virtual machines that you can run tests on simultaneously. You'll need to ensure that your organization's concurrency is distributed among your accounts, rather than allocating all of it to a single user.

In the diagram below, OrgX has a total concurrency of 100 VMs, and the org admin allocates 20 VMs to their Apps Team, which has five members. This means that each member can run 20 VMs at the same time and max out the organization's 100 VM limit. To avoid this scenario, set the concurrency limit for each Apps Team member to 4, so that if all members run tests at the same time, they'd be consuming 20 VMs. 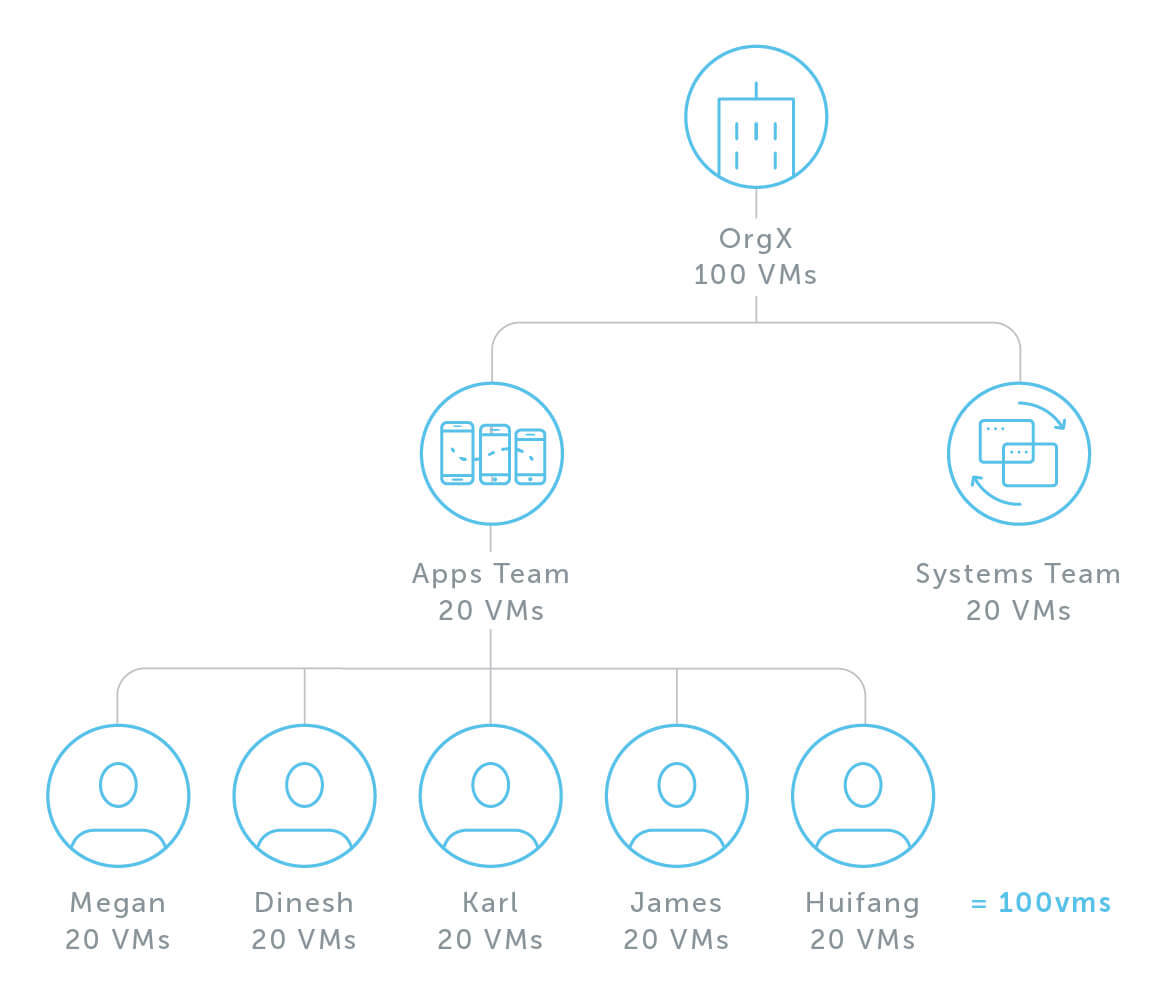 Once you've used all of your concurrency slots, additional tests will not start until an existing test finishes. As tests complete, queued tests are allocated to concurrency slots in the order they were queued, however, we do not recommend queuing tests intentionally. Tests will time out with an error if they are queued for too long and/or if too many tests are already queued.

Edit this page
Last updated on 2/3/2021 by James Tacker
Copyright © 2021 Sauce Labs, Inc. Built with Docusaurus.
Sauce Labs Inc., all rights reserved. SAUCE and SAUCE LABS are registered trademarks owned by Sauce Labs Inc. in the United States, EU, and may be registered in other jurisdictions. Built with Google Code Labs