Forge is a downloadable IDE made for writing and running tests locally. The APIF Composer on Forge works exactly like the Composer on the hosted cloud or self-hosted/on-premises version of API Fortress. Click here to learn how the composer works.

Forge requires the API Fortress local engine, which is for licensed API Fortress customers only. If you would like to set up a free trial, please reach out to support@apifortress.com.

You can either create tests directly in Forge by writing it yourself or by calling the desired API within the included HTTP client in Forge then using our “Generate Test” button to create the test.

Tests can be automatically generated via an API payload:

Auto generate a high-level schema validation test by using our HTTP client to make an API call and our Generate Test button. 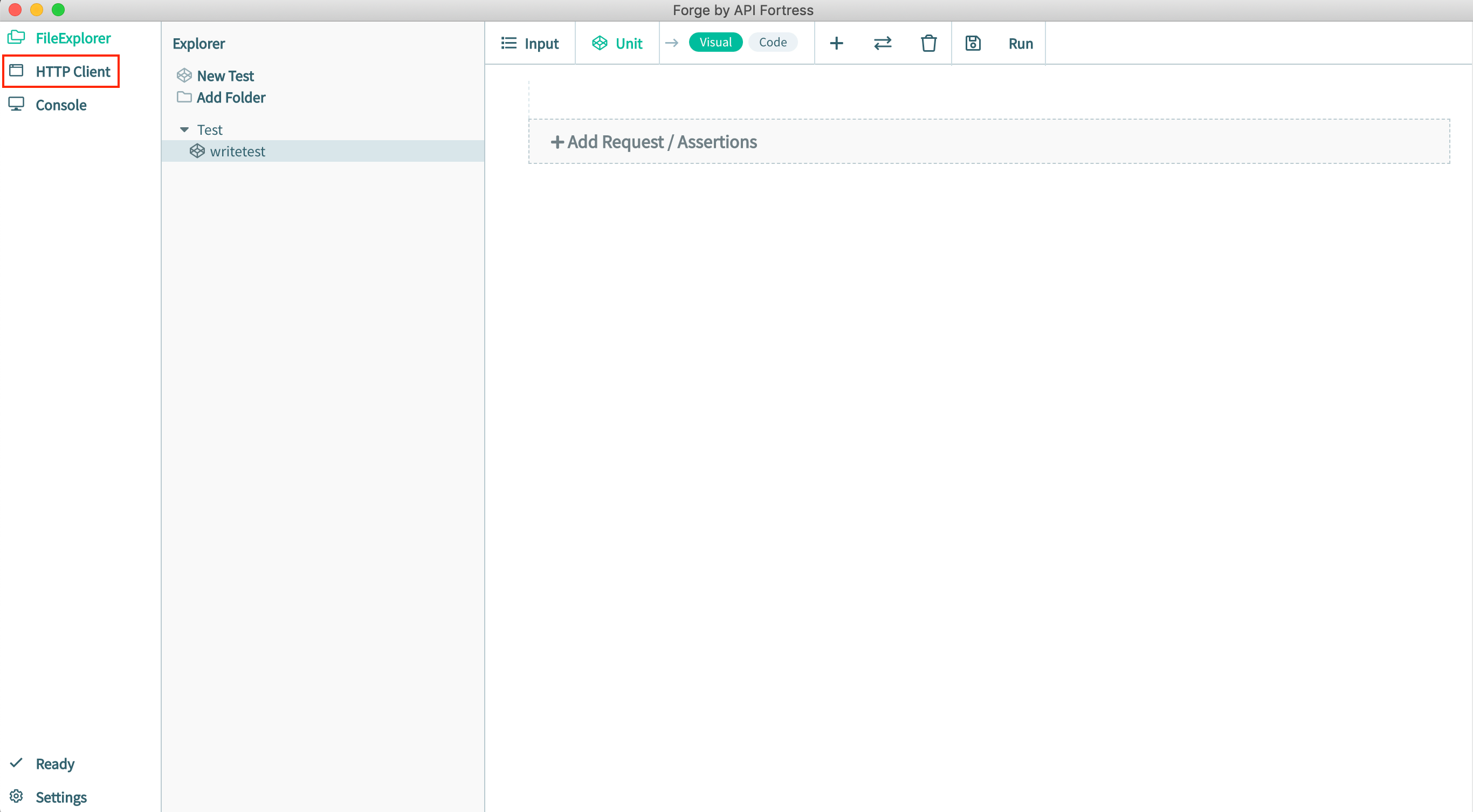 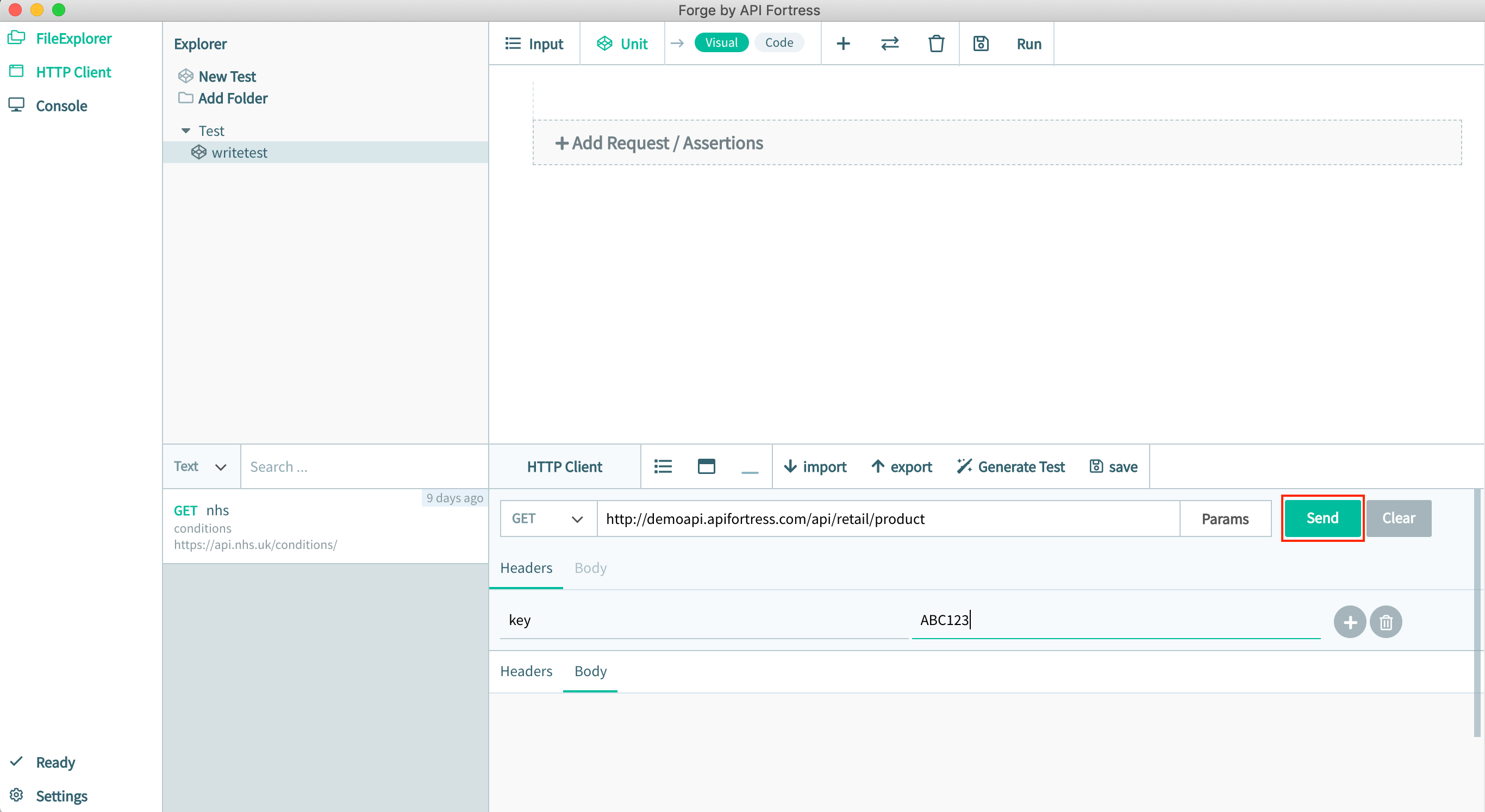 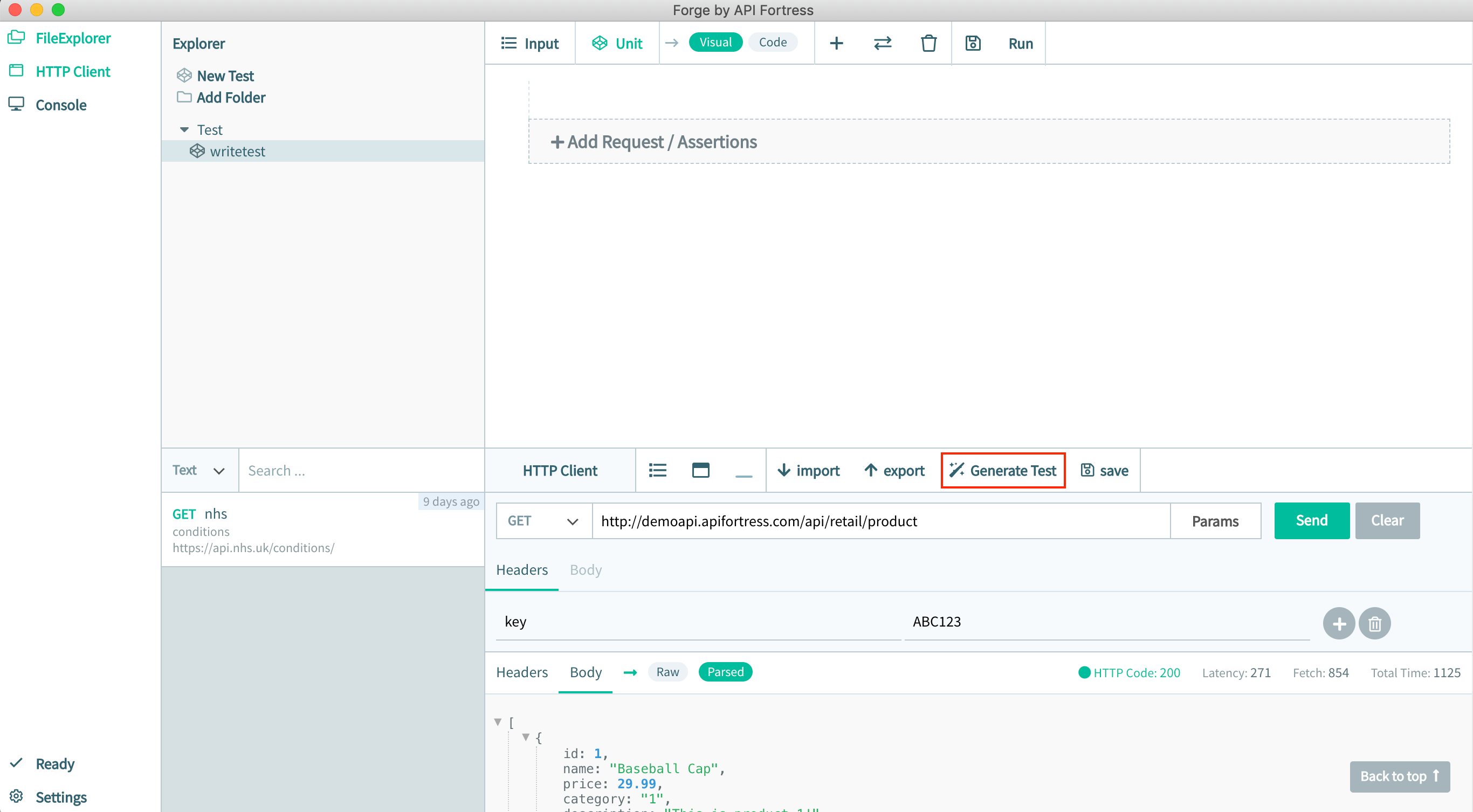 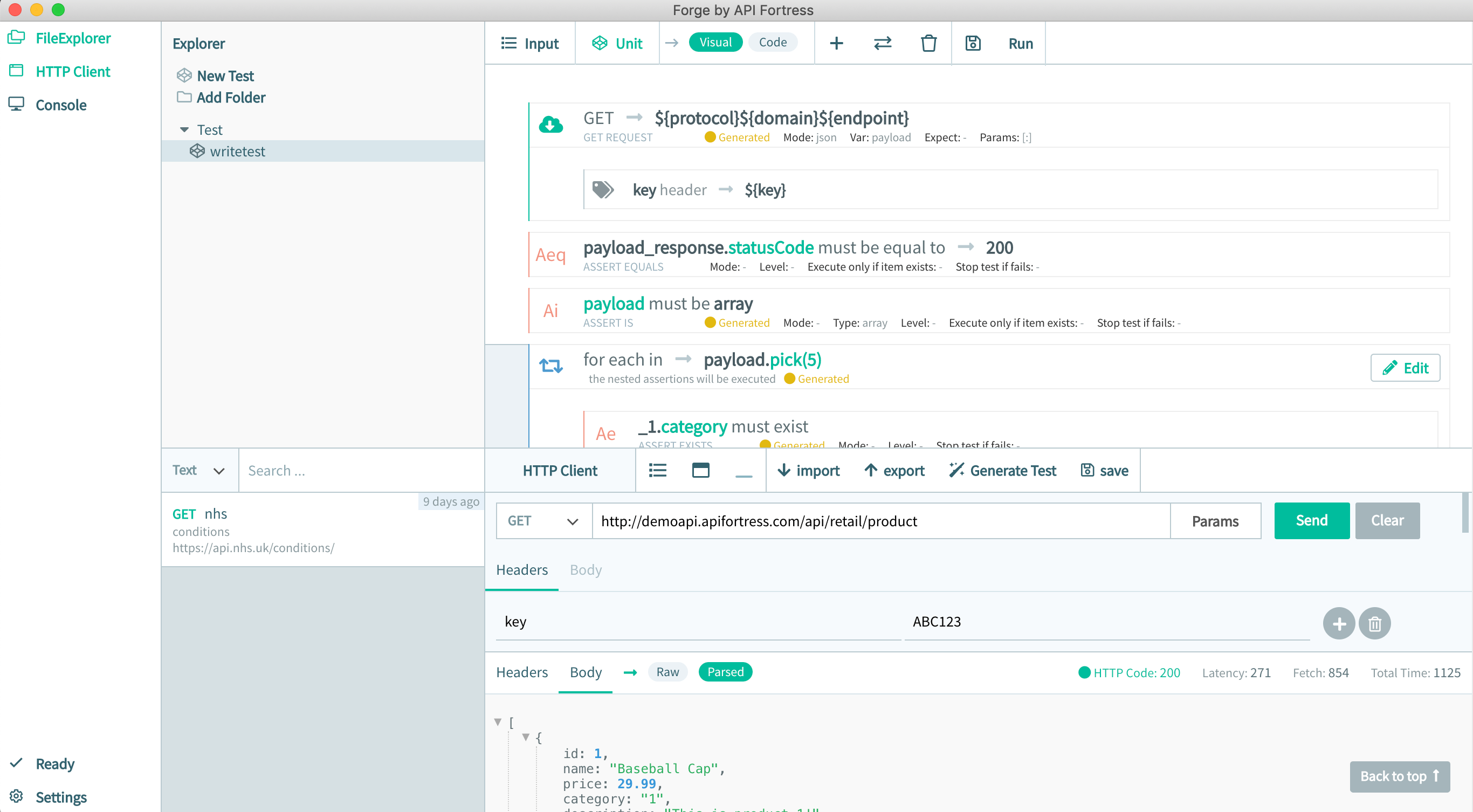 You can also write tests from scratch via the API Fortress visual composer or code view composer:

You can also write tests directly in our XML markup language that is so easy to use that anyone can learn how to use it: 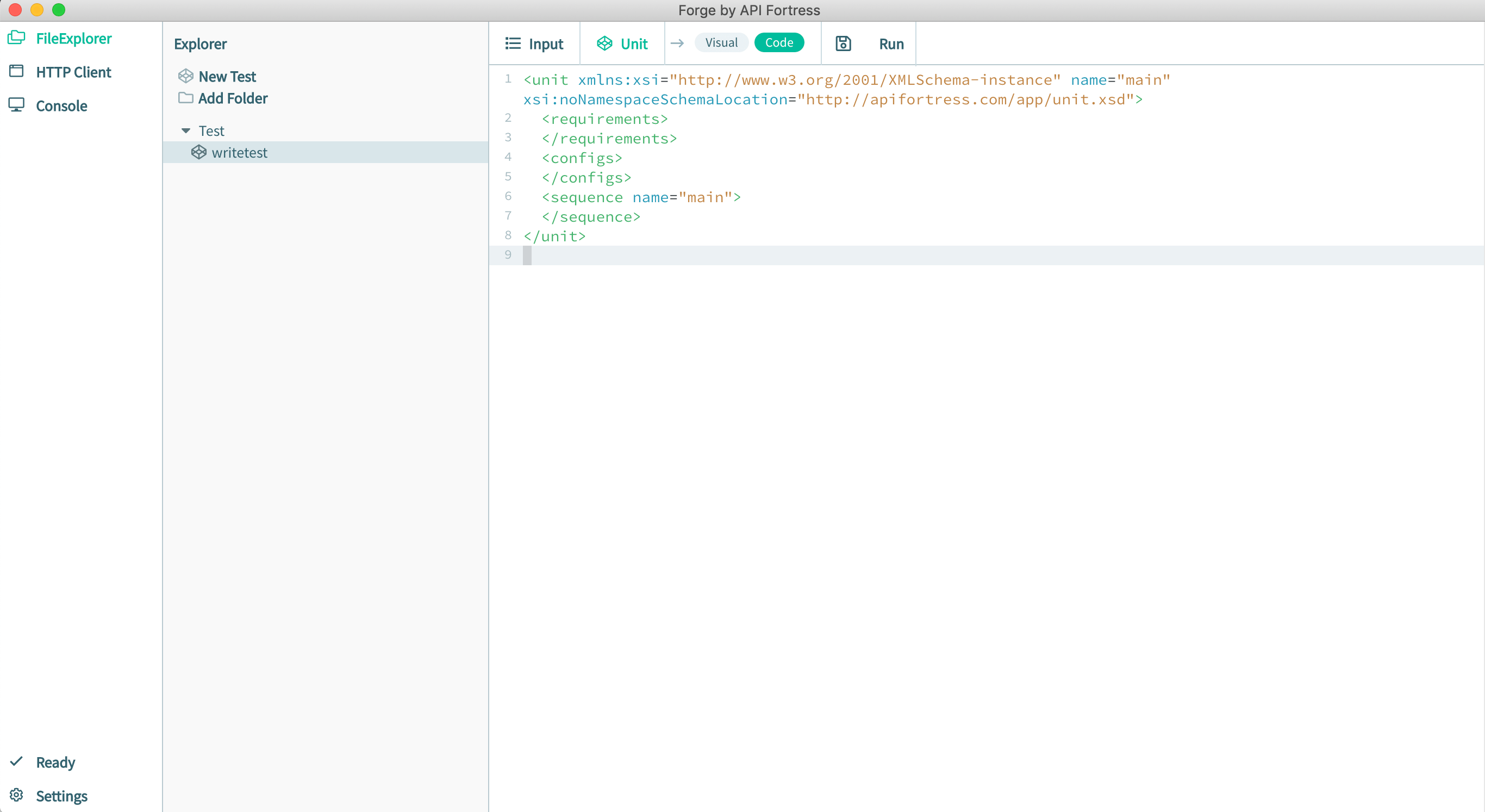 Import tests from your API Fortress instance. Learn how here.

Importing tests into Forge is as easy as opening the folder that contains the unit.xml and input.xml in the Forge IDE. 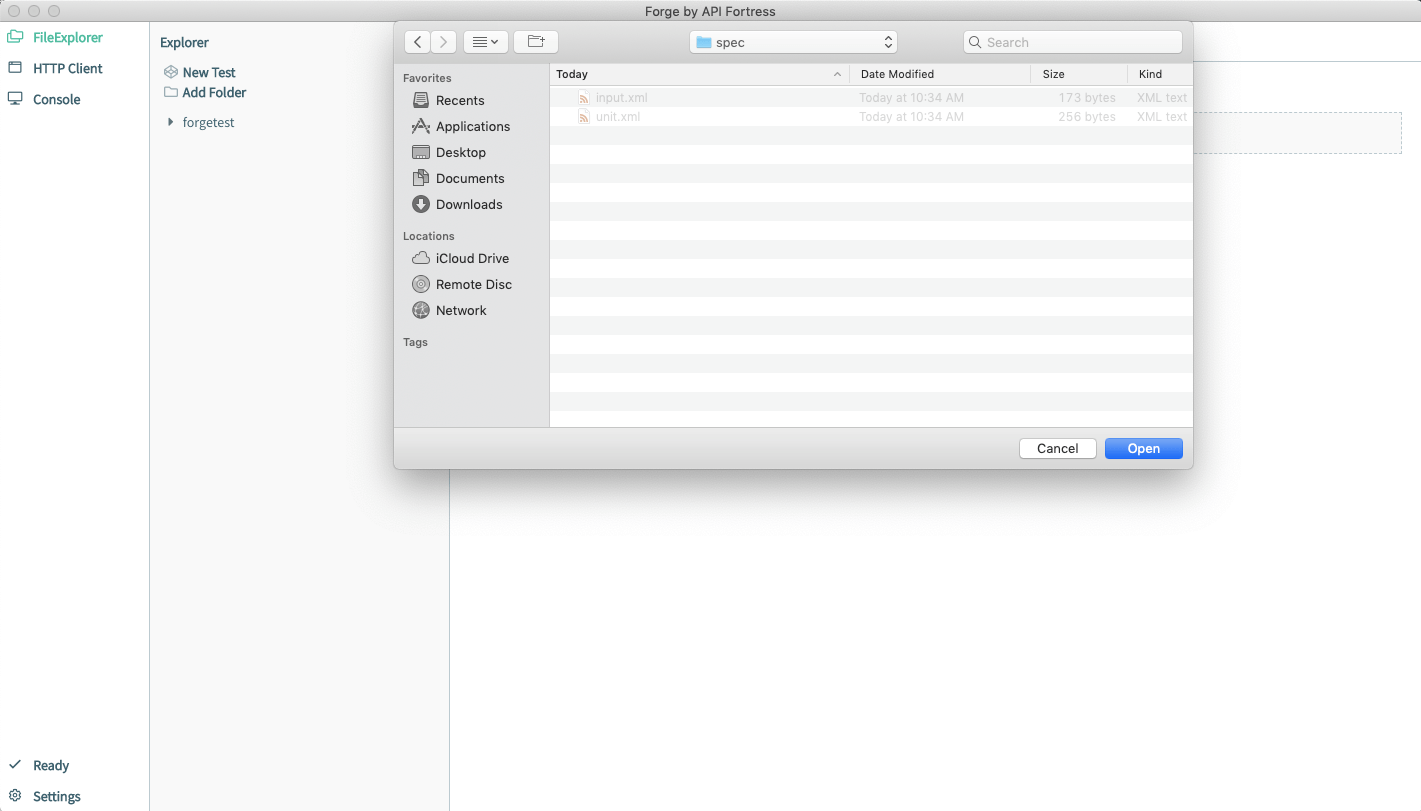 By combining Forge with APIF-Local (APIF – Local Engine), you can execute local tests directly from the IDE. Current customers can reach out to their sales contact (or sales@apifortress.com) to request the local engine files.

Find a step-by-step guide on how to set up APIF-Local here.

Once you have configured your local engine, integrating into Forge is very easy. See below in the settings section of Forge: 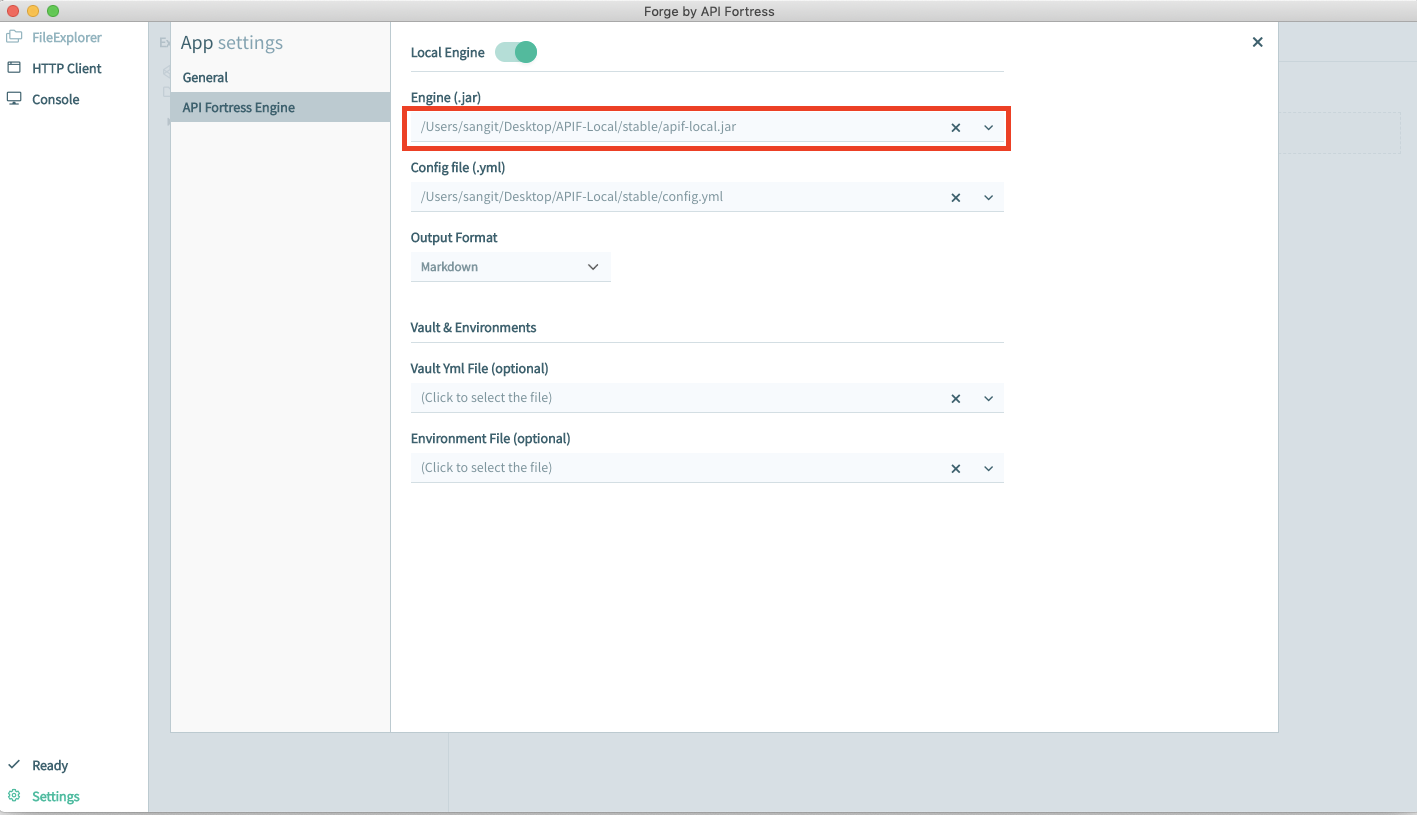 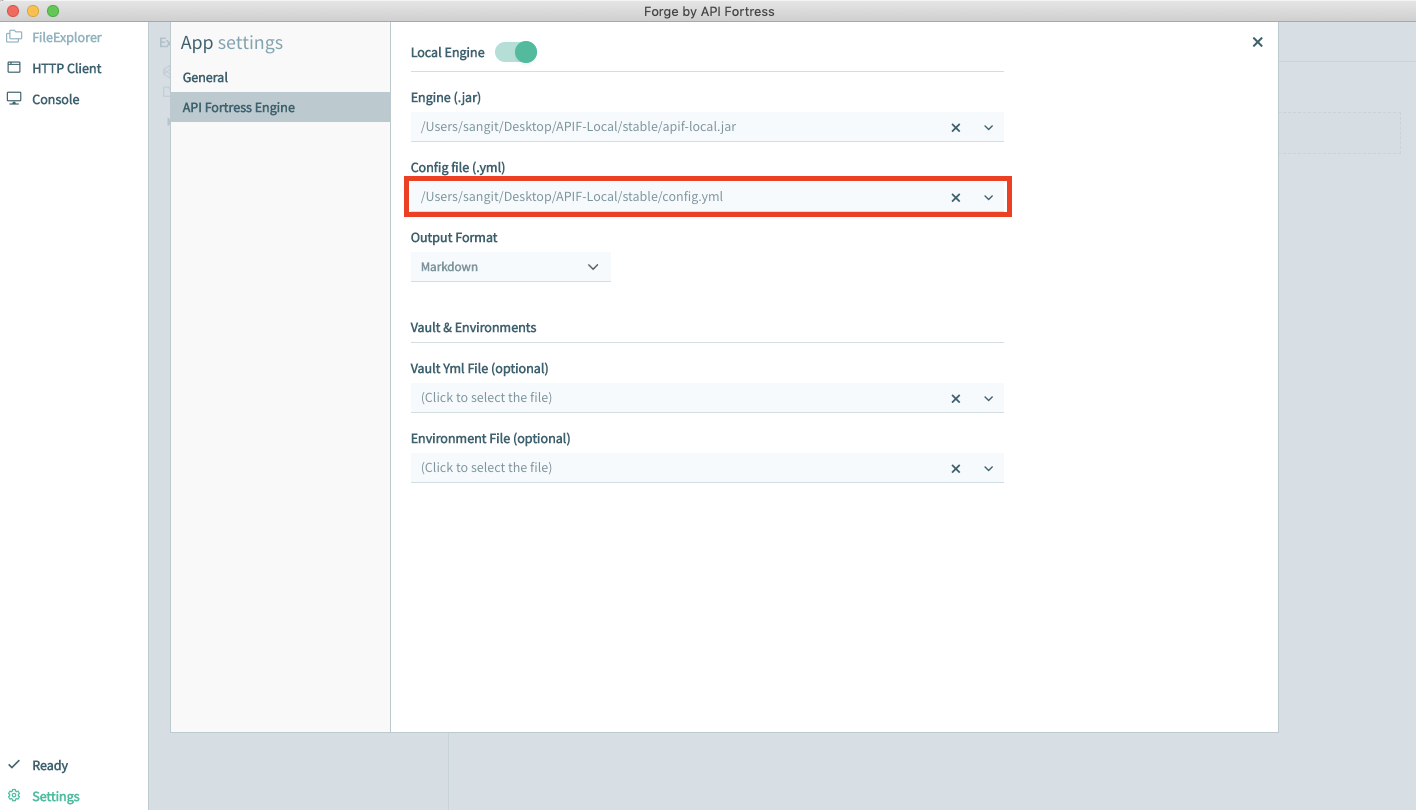