Rather than simply overburdening a server with requests, API Fortress Load Testing directs properly formatted requests to the appropriate endpoints and records failures at an API endpoint level.

To access Load Testing from the main page. click on the “Tools” button, and then “Load Testing”.

This is the main Load Testing screen. From here, you can create and run a new task. You can also run, modify or delete a saved task. To create a new task, click “+New Task”.

The “Create New Task” screen allows you to set the parameters for the new test.

Once you have successfully created a test, it will appear in the column on the left side of the screen. 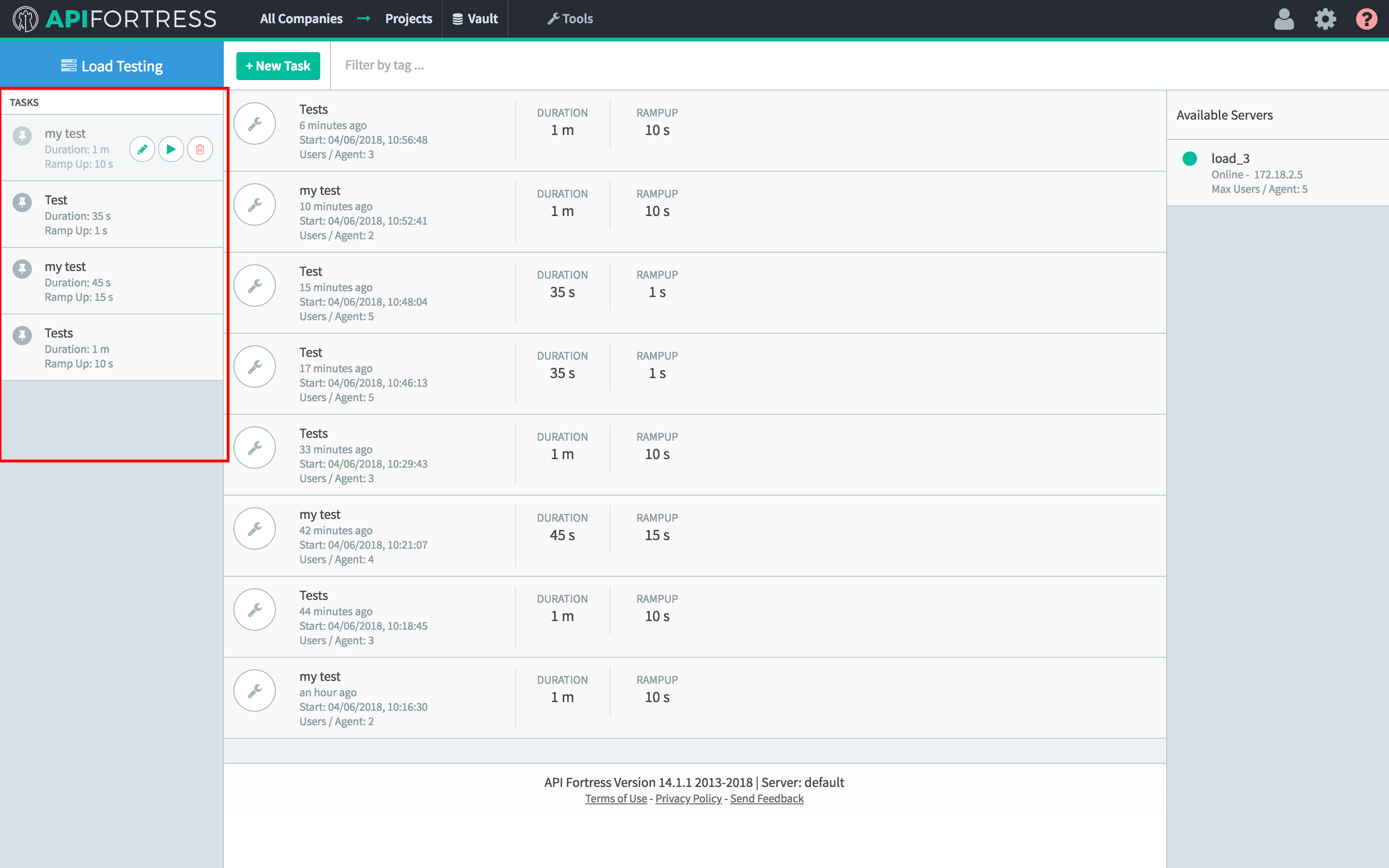 You can run the task by hovering over it and clicking the “Play” button. The test will now run at the top of the queue in the middle of the screen. Once it is complete, it will display a summary of the test performance.