Do you have a mobile app with the ability to take images on the device camera, then process or store them within the app (e.g., scanning/depositing a check in a banking app)?

Camera Image Injection, also known as camera mocking, is a Sauce Labs Real Device Cloud (RDC) core feature that simulates taking a picture through your mobile app. It then allows you to test your app's camera-based functionality and deliver the best possible user experience.

You employ the built-in device camera in your live and automated testing and perform test cases that require taking images with any of the device cameras. To mimic the system camera behavior during a test, you'll provide the app with an image of your choosing. Your app will access the camera and instead of getting back the picture of the device camera, it'll retrieve the uploaded image.

Camera Image Injection is available for testing on all Sauce Labs Android and iOS real devices, public and private real device clouds, and front-facing and rear-facing system device cameras. Image uploads must be JPG, JPEG, or PNG format, up to 5MB.

1 Automated testing only.
Not Supported

For Android devices, there are multiple ways to capture an image, as described in the Android Camera API developer documentation. We support the following:

For iOS devices, the camera can be configured with different outputs. We support the following:

Below are common use cases ideal for implementing Camera Image Injection in your tests.

During a live test, you'll be prompted in Sauce Labs to upload a photo that will be fed to your app, rather than using your device camera to take the photo.

You can use the Camera Image Injection feature to upload QR codes for testing.

Sometimes when you upload a QR code image your app will not recognize it because it doesn't fit in the target area defined by your application. This is because image injection strictly overrides what is seen by the camera and your image will be scaled linearly to fit the camera image size as best it can. But this might not always be the same as what your application is expecting. 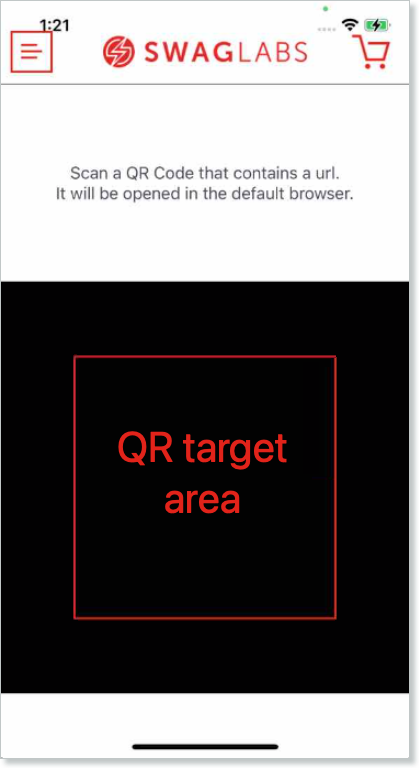 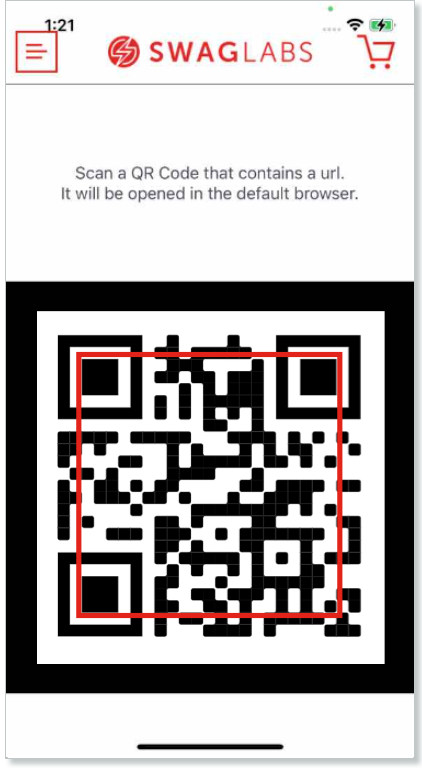 During an automated test, you'll pass an image to the image injection endpoint. Image injection intercepts the camera input and replaces the camera output with the image file via the camera APIs. When the app requests an image from the device's camera, we inject your uploaded image into the response (the app doesn't know the difference).

In your test script, you'll need to input the desired capabilities specific to Camera Image Injection (see below code snippets). The code will execute your image upload and opening of the device camera.

Here are some common errors you may see in the course of testing with camera image injection and how to resolve them.

This error is displayed when you attempt to inject your image before the app fully loads during your initial test session startup. You must wait until your app has fully loaded prior to injecting your image.

Error: Image injection is not enabled for the application​

This error is displayed due to one or more of these reasons: